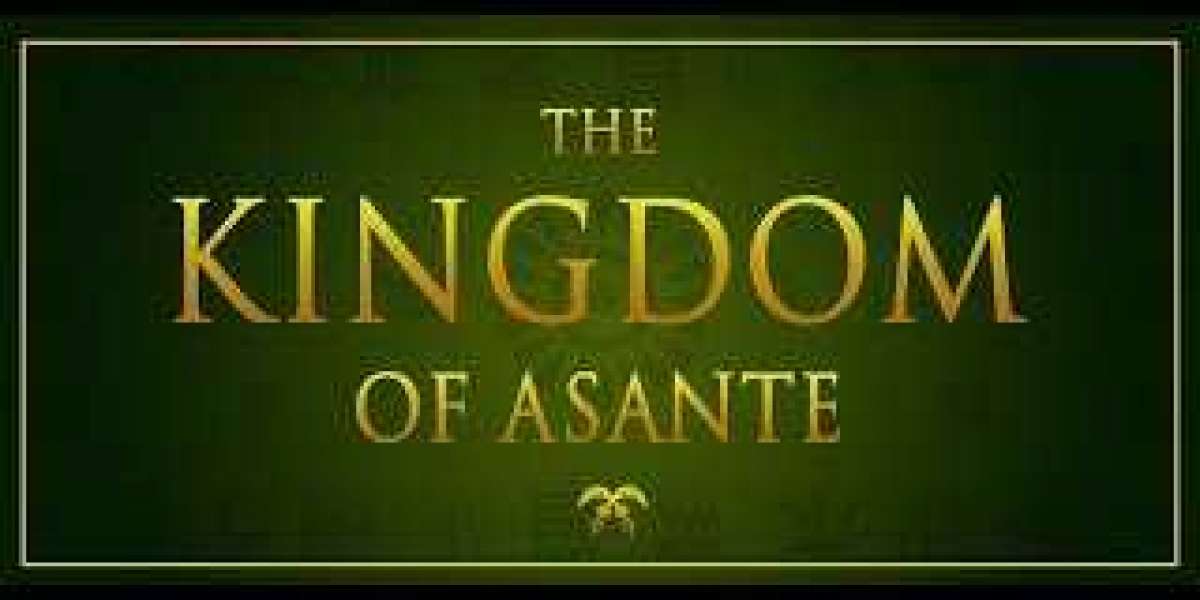 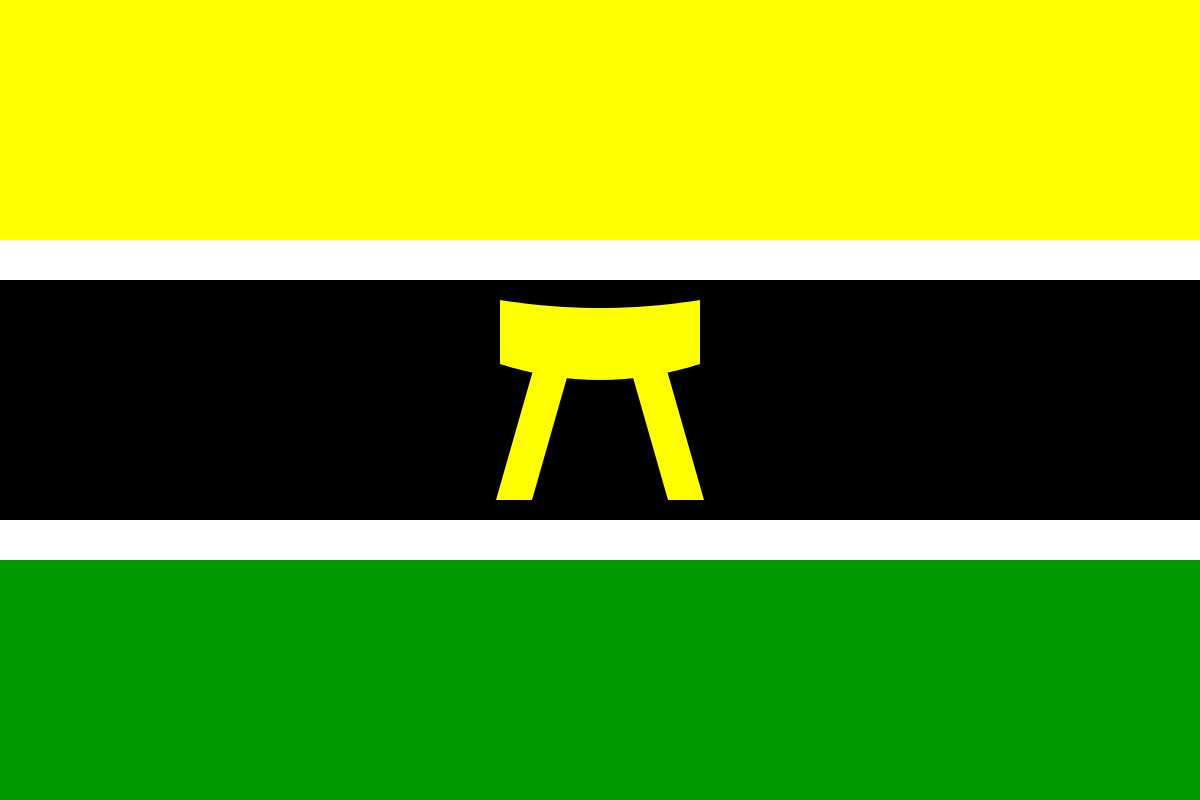 Legends have it that some of the clans of Asante Nation originated from a hole at Asantemanso near Asumegya. The clans were Oyoko and Aduana. Some of the remaining clans too, state that their ancestors descended from skies. Another school of thought believed that the notion of some people claiming to have come from the ground or from a hole or from the skies was a coined up story to cover up the earlier history of the clans. Oral traditions had it that when the Asante clan chiefs united under Nana Osei Tutu , they were forbidden to relate their past history since that would sow the seed of disunity . To cut short questions from the inquisitive youth, they gave those answers. Akans have belief in the existence of the departed ancestors. They believe that the dead go to the land of the dead called “ Asamando “ . It is from this land that they come home to dine with the living. They even believe that the departed ancestors are always with them ,therefore when drinking , they pour down some of the drink for them When eating too , they put some pieces on the dinning table for them. They therefore prepare special food and place it in front of the stools of the dead chiefs on festive days. Sometimes they even kill sheep to prepare the food for the dead ancestors.
However , research by Historians like Dr. J. B . Dankwa reveal that the Asante Nation was among the group of people called Akans. These Akan people migrated from Mesopotamia to Africa. They continue to state that the Akans either shared the same boundaries with the Israelites or were of the same stock as the Israelites before they migrated to Africa. The claim of Akans originating from Mesopotamia and even next door neighbours to the Israelites is backed by the following

(A)     That Akans , like the Israelites , have great respect for their dead therefore they make every effort to send their dead to the town of the deceased for burial. The Israelites too practiced that (Ref. Genesis.50:25)
(B)     The Akans reserve the word “ AMEN” to God Almighty .It is the response in God,s reverence. In the Bible too, it is used to end prayers to God.

(C)     The Israelites are the only people who according to their religion have set Saturday as the day for the worship of God. The Akans too call God “Onyankopon Kwame”. (God of Saturday or God born on Saturday). Family heads and chiefs of Akan states observed Saturday as the day for offering to God and the day of prayer for the forgiveness of the sins of their people. This also indicates that the two states have a common day for worshipping God

According to them , they formed part of the Ancient Ghana Empire. They moved southwards in search of arable land to farm .The other factors which hurried their southward movement were wars and desire for religious freedom.
(A).        Inter – empire wars created instability at their places of abode , therefore they moved southwards into the forest belt to avoid constant warfare and to get the peace needed for their farming ventures.
(B).        When the Moslem religion started in Arabia and entered North Africa, people were forced to accept the new religion, but the Akans worshipped God through their lesser gods who they claimed to be linguists to the supreme God. They therefore migrated into the forest belt to have religious freedom.

They first settled in the present Northern Ghana at Gonjaland. This was in the 13th century. The area used to be forest region; From Gonjaland, they migrated southwards into the thick forest along river valleys. Pioneering work was done by hunters who prepare places under trees with buttresses as their hunting huts. The hunters were joined by some relatives who followed them to give them help. Others did farming at such places.
The Akans were made up of the following people: AKWAMU, GUAN, FANTE, DENKYIRA, BRONG,   AKYEM, KWAHU, SEFWI, WASSA,  ASANTE, AKWAPIN  AND ASSIN. They have migrated in their individual groups.
In their southward migration, the Asantes settled at the Adanse area. Oral tradition does not state when this took place, neither does it state the ruler who led them to the Adanse area. The time might probably be in the 14th century . Since they were always moving from one place to another, they did not build houses,but live in caves and under the buttresses of mighty tress to protect themselves from wild animals. Others lived on trees for protection.
The early ancestors of the Asantes live in clans . The clans were the following: Oyoko clan, Bretuo clan, Aduana clan, Asona clan, Asene clan, Ekuona clan, Agona clan, and the Asakyiri clan. All the people belonging to a clan claimed to be children of one woman so they were brothers and sisters. Since it wasn’t taboo for brothers and sisters to marry each other,when you need a partner, one has to go to another clan for the partner. And this system of inter-marriages resulted in the creation of alliances among clans, therefore one clan had to go to the aid of another when the latter was attacked because nobody would want to see his children taken into captivity.
When the population increased, they started to move from Adanse area to build a new townships . This was in the 15th century: Large towns with historical importance in those days were: Dwaben,  Asumegya,  Kokofu,  Nsuta,  Mampong,  Bekwai,  Offinso,  and Kwaman ( Kumase). There were also some smaller towns like Edweso,  Agona,  Kaase,  Kontanase,  Buokrom,  and Tafo all also of historical importance. As time went on, the towns or states started waging war with one another on minor provocations , therefore they could not stand any at take from another tribe because of disunity among them. When tracing the history of Asante Kingdom, Kings like Nana Twum, Nana Antwi,  Nana Kobia Amamfi,  Nana Oti Akenten, and Nana Obiri Yeboah were not ruling over the whole Asante Nation. They were rulers of the Oyoko Clan. Nana Twum and Nana Antwi ruled over the clan at Asantemanso. Nana Kobia Amamfi ruled over them at Asumegya. Nana Oti Akenten and Nana Obiri Yeboah ruled over them when they settled at Kwaman which later became Kumase. There were strong connections between these kings and the kings of Kokofu,  Nsuta,  Dwaben,  and Bekwai, because they were all of the Oyoko clan and descended from one ancestors.
Love prevailed among these clans state and the other Asante clans state like Mampong,  Kumawu, and Offinso . But with time petty wars developed Among the states. These inter -state wars were at their peak during the reign of Nana Obiri Yeboa. The wars paved the way for their opponents from other tribes to conquer them. The result was that the Asante states became very weak and were conquered by the Denkyira state, so they served Denkyira and paid regular tribute to her . The tribute was in the form of firewood, plantains fibre and red clay. It was this juncture that Nana Obiri Yeboah,king of Kwaman had a dream that the states should come together to form a united front, fight and free themselves from bondage.
He revealed this dream to Okomfo Yamoa of Agona,the elder brother of Okomfo Anokye of Asante fame. According to oral tradition, Okomfo Yamoa interpreted the dream to Nana Obiri Yeboah that his ancestors had come to compare the Asante states to a broom which when bound together was difficult to break but when the sticks were taken apart one by one were breakable. He therefore, advised him to call meeting of all the Asante states chiefs,and put the message of unity as he saw in the dream to them.
Nana Obiri Yeboah called the meeting and put the message across. All the chiefs agreed that they were badly treated by their master, which is the king of Denkyira. They were not happy with the way they were being treated. States around Mampong and Nsuta were sending red clay to Denkyira every Akwasidae . States around Dwaben were sending plantain fibre and the remaining states were sending firewoods, every six weeks. The young men and women were the carriers of the of the commodities to Denkyira. At Denkyira, the young men were made to weed round the outskirts of the capital, Abankeseso, to keep it clean . The young women were also made to sweep the streets of the capital too. In addition, the men of Denkyira could have sex with the young women from Asante who went to serve, whether they are married to other men or not. It was no crime because the people of Denkyira were the masters of the land and the people of Asante were their servants, therefore they thought it a blessing if the Asante girls became pregnant since they were going to give birth to babies with royal blood, who would be fit to occupy the stools in Asante. These were grievances of all the chiefs.
Though some of the chiefs supported the idea of unity among the Asante states, others expressed some problems and fear. The first of the problems was the question of the one to be head. Most of them were of the same status, commanding a number of towns and people. Who then was to be the overlord?.The next point was “Giving power to one person to Lord it over them

They were not prepared to kow-tow others . 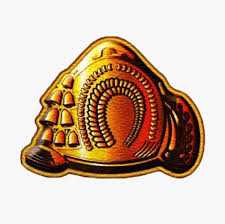 The third point was , how their ancestors who would come to them on the solemn days like Akwasidae, would be served. Here the debate was on the type of food to be served if all their stools were sent to the paramount chief-elect. After  a lengthy discussion, they agreed to form a loose confederation in which each state would be independent in all matters except defence. They decided to appoint a war leader who would gather them together to fight to defend themselves if any of the Akan states around them invaded any of their towns . Nana Obiri Yeboah was chosen to be the leader.   The confederation had hardly gained any roots when the Dormaa Brong State , which was very close to them ,on hearing the impending unity,took arms and defeated them state by state.
Nana Obiri Yeboah met his death as a result of sword wounds inflicted on him during the war . According to oral tradition, other chiefs who met their deaths in the war were: Okomfo Yamoa of Agona and Dwamena Akenten of Offinso. This defeat taught the Asante states a great lesson therefore they decided to form a stronger union to enable them stand any future aggressions. 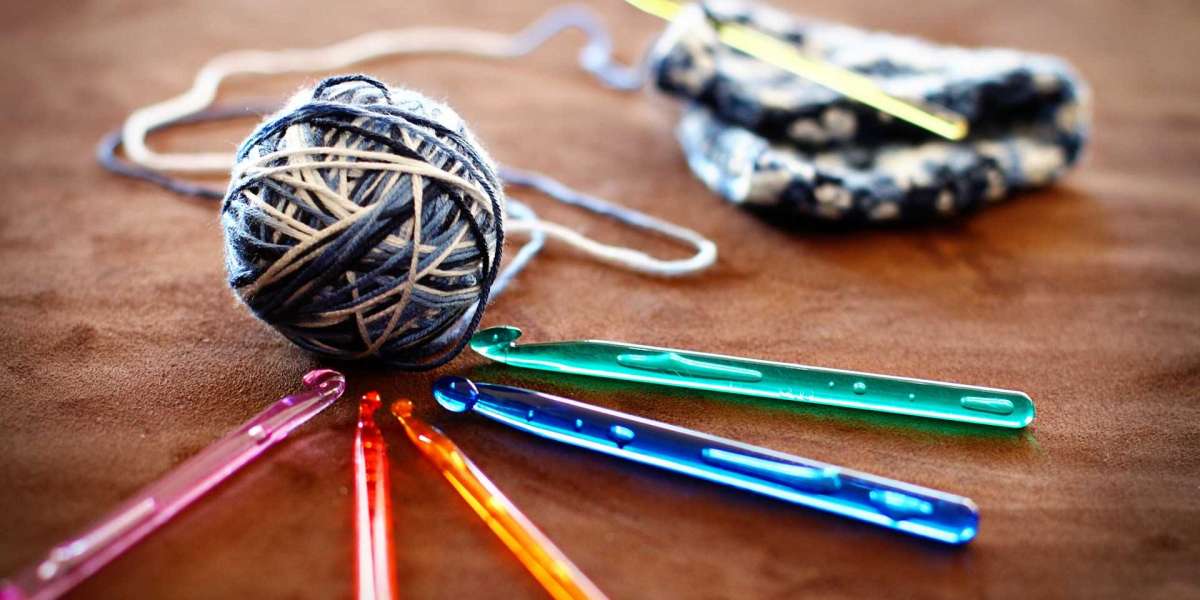 Crocheting in the Diaspora 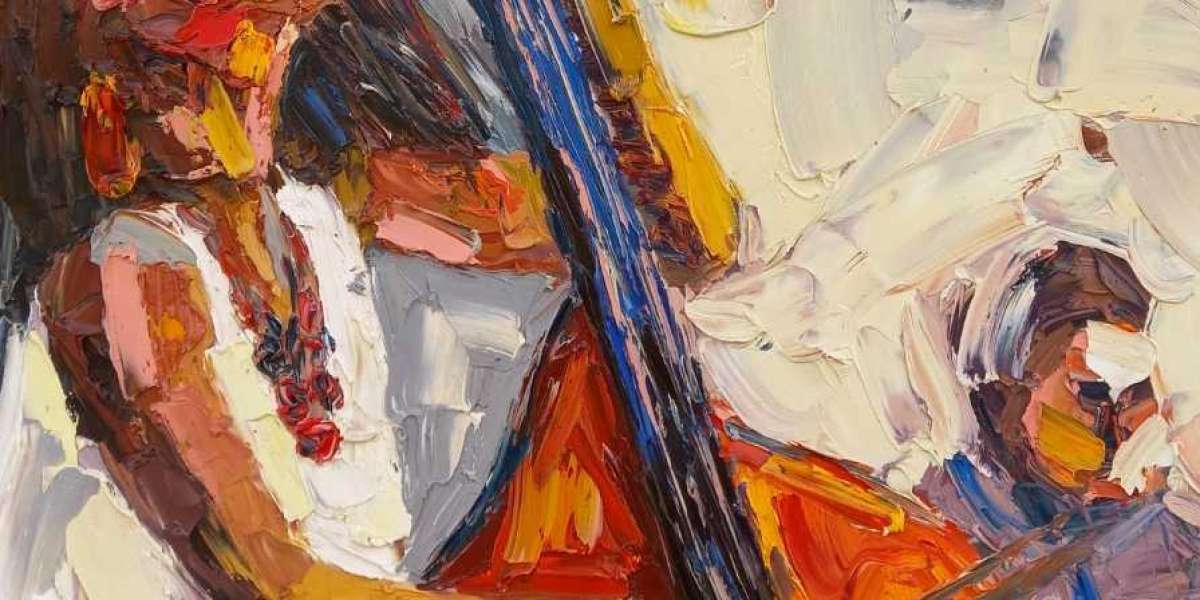 Art is life so therefore live in it 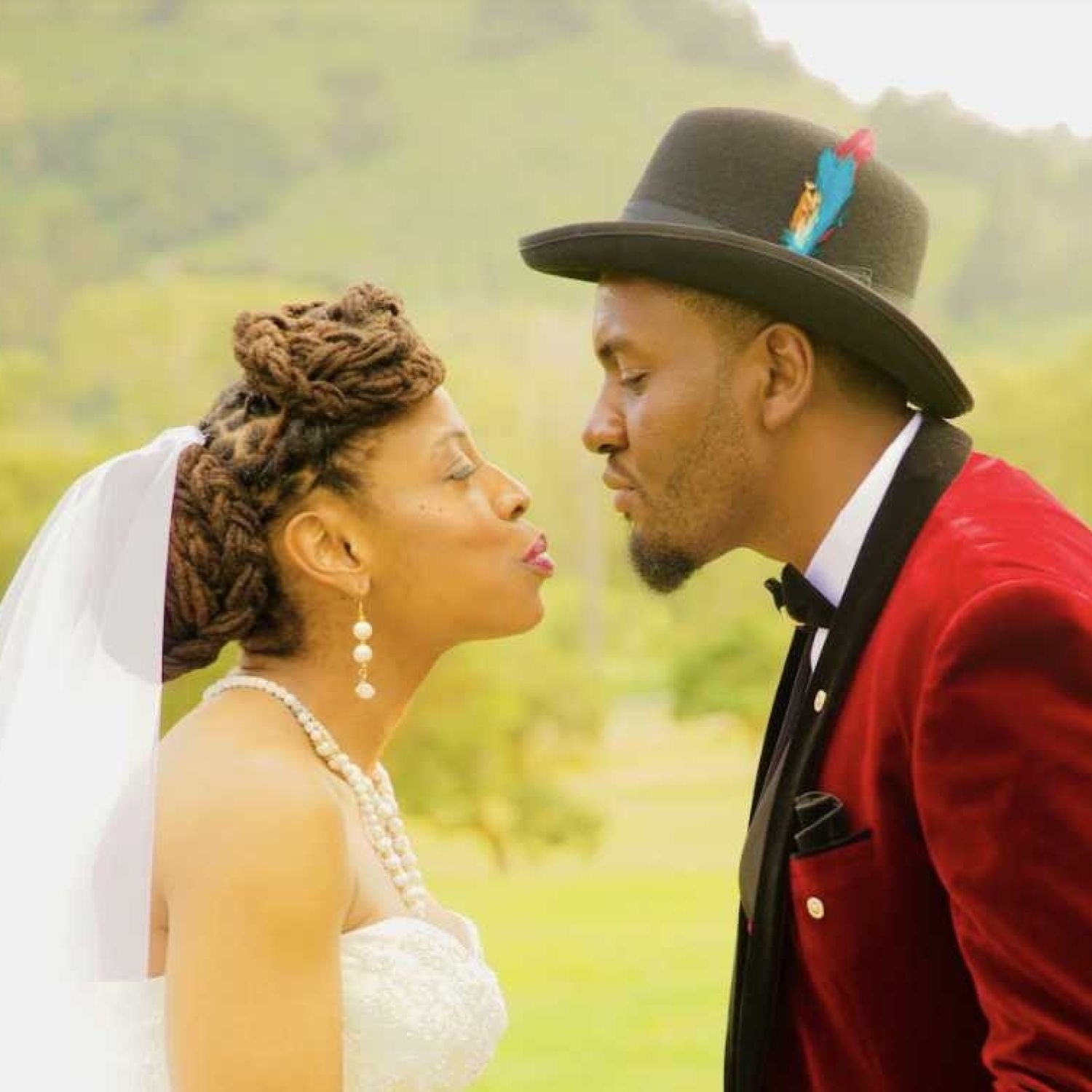 Thanks for sharing this information. Great read!